This is a clip from a long but excellently written article in The Atlantic by Ta-Nehisi Coates.

Politicians are suddenly eager to disown failed policies on American prisons, but they have failed to reckon with the history. Reconsidering Daniel Patrick Moynihan’s report on “The Negro Family,” 50 years later.

Source: 50 Years After the Moynihan Report, Examining the Black Family in the Age of Mass Incarceration – The Atlantic

From Economist.com – HOW many times can one man die? At least four, in the case of Abubakar Shekau, the slippery leader of Boko Haram. Nigerian security forces celebrated his demise in 2009, 2013 and 2014, only for him to pop up again, disconcertingly animate, on camera. When Chad’s president said in August that his troops had killed Mr Shekau, the jihadist was resurrected once again, this time with a voice recording. “Woe unto liars that had claimed I am dead,” said the voice. “Nobody can kill me.”

This relatively mild-mannered dispatch raised questions of its own. Most of what is known about Africa’s most notorious terrorist derives from his gun-wielding, slave-touting videos. If he were still at large, would he not release a film in his usual more robust style? Most probably, he is indeed alive. Whether he is injured is impossible to say. Experts dispute how old he is, or how religiously scholarly. Perhaps he is not one man at all. The army accused Boko Haram of using body doubles after he was “killed” last year. More

All lives matter. This is a story from long, long ago.

I’ve never shot or shot at any human being. This is the tale of a threatening phone call my mom told me to make in 1969 when I was 13 years old.

I LOVE the police, especially the ones here in Highland Park and Highwood Illinois. I get scared when I see a light top car in my rear view mirror. But when on my front porch with my bride I am reassured to see a marked car cruise by. We always smile and wave.

Epigenetic changes often serve to biologically prepare offspring for an environment similar to that of the parents, Yehuda explains. In this case, however, the needs of the fetus seem to have trumped that goal. With low levels of cortisol and high levels of the enzyme that breaks it down, many descendants of Holocaust survivors would be ill adapted to survive starvation themselves. In fact, that stress hormone profile might make them more susceptible to PTSD (below, yellow); previous studies have indeed suggested that the offspring of Holocaust survivors are more vulnerable to the effects of stress and are more likely to experience symptoms of PTSD. These descendants may also be at risk for age-related metabolic syndromes, including obesity, hypertension and insulin resistance, particularly in an environment of plenty. 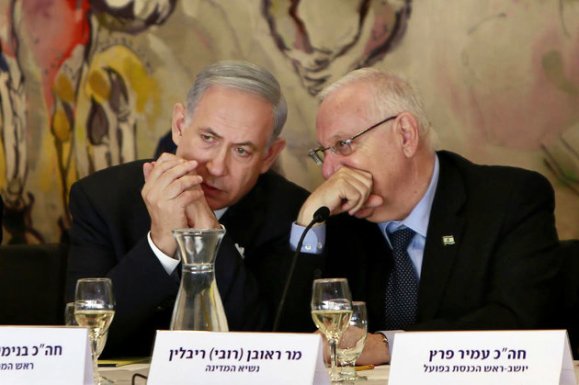 JERUSALEM, Aug 6 (Reuters) – Israel’s president suggested on Thursday that Prime Minister Benjamin Netanyahu has been overzealous in opposing the Iran nuclear deal, opening a “battlefront” with Washington and isolating his country.

A former right-wing politician with a history of strained ties to the prime minister, Rivlin has voiced his own reservations about the deal but put it in a wider diplomatic context in the interviews. 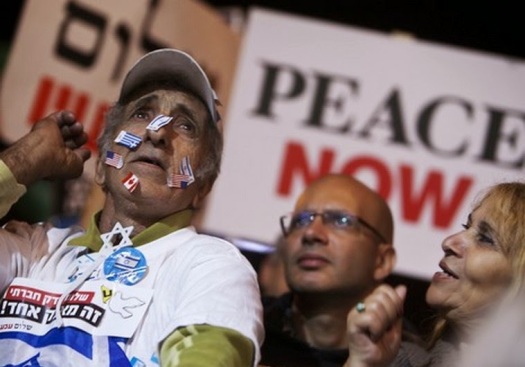 This is probably too long and nerdy for most.  It is nonetheless considered by many the seminal work on this topic. It’s also one of my favorite scientific papers! 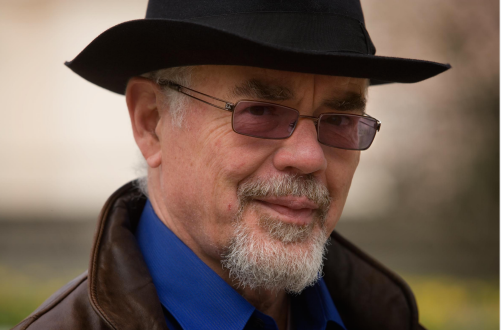 Our approach of treating self-deception as information- processing biases that give priority to welcome over unwelcome information also differs from classic accounts that hold that the self-deceiving individual must have two sep- arate representations of reality, with truth preferentially stored in the unconscious mind and falsehood in the con- scious mind
If (as Dawkins argues) deceit is fundamental in animal communication, then there must be strong selection to spot decep- tion and this ought, in turn, select for a degree of self- deception, rendering some facts and motives unconscious so as to not betray – by the subtle signs of self-knowledge – the deception being practiced. Thus, the conventional view that natural selection favors nervous systems which produce ever moreaccurateimagesoftheworldmustbeaveryna ̈ıveview of mental evolution. (Trivers 1976/2006, p. 20)
We propose that self-deception offers an important tool in this co-evolutionary struggle by allowing the deceiver the opportunity to deceive without cognitive load, conscious suppression, increased nervousness, or idiosyncratic indicators that a deception is being perpetrated. To the degree that people can con- vince themselves that a deception is true or that their motives are beyond reproach, they are no longer in a pos- ition in which they must knowingly deceive others. Thus, the central proposal of our evolutionary approach to self-deception is that by deceiving themselves, people can better deceive others, because they no longer emit the cues of consciously mediated deception that could reveal their deceptive intent.

the ﬁrst corollary to our central proposal is that by deceiving themselves, people are able to avoid the cognitive costs of consciously mediated deception.

Thus, the second corollary to our central proposal is that by deceiving themselves, people can reduce retribution if their deception of others is discovered.

People not only self-enhance the world over, but the average person appears to be convinced that he or she is better than average (Alicke & Sedikides 2009). Most of the research on self-enhancement does not allow one to assess whether these aggrandizing tales are self-deceptive or only intended to be other-deceptive, but some of the variables used in this research support the idea that people believe their own self-enhancing stories. For example, in a pair of clever experiments Epley and Whitchurch (2008) photographed participants and then morphed these photographs to varying degrees with highly attractive or highly unattractive photos of samesex individuals. Epley and Whitchurch then presented participants with these morphed or unaltered photos of themselves under different circumstances. In one experiment participants were asked to identify their actual photo in an array of actual and morphed photographs of themselves. Participants were more likely to choose their photo morphed 10% with the more attractive image than either their actual photo or their photo morphed with the unattractive image. This effect emerged to a similar degree with a photo of a close friend, but it did not emerge with a photo of a relative stranger. Because people often perceive their close friends in an overly positive light (Kenny & Kashy 1994), these ﬁndings suggest that people do not have a general bias to perceive people as more attractive than they really are, but rather a speciﬁc bias with regard to themselves and close others.

our second proposal is that by deceiving themselves about their own positive qualities and the negative qualities of others, people are able to display greater conﬁdence than they might otherwise feel, thereby enabling them to advance socially and materially.

There are a variety of dissociations between seemingly continuous mental processes that ensure that the mental processes that are the target of self-deception do not have access to the same information as the mental processes deceiving the self. For our purposes, these dissociations can be divided into three (overlapping) types: implicit versus explicit memory, implicit versus explicit attitudes, and automatic versus controlled processes. These mental dualisms do not themselves involve selfdeception, but each of them plays an important role in enabling self-deception. By causing neurologically intact individuals to split some aspects of their self off from others, these dissociations ensure that people have limited conscious access to the contents of their own mind and to the motives that drive their behavior (cf.Nisbett & Wilson 1977). In this manner the mind circumvents the seeming paradox of being both deceiver and deceived.

Additionally, social sharing of information can lead to selective forgetting of information that is not discussed (Coman et al. 2009; Cuc et al. 2007) and social conﬁrmation of inaccurate information can exacerbate the false memory effect (Zaragoza et al. 2001). These social effects raise the possibility that when people collaborate in their efforts to deceive others, they might also increase the likelihood that they deceive themselves. Thus, one consequence of retrieving, rehearsing, and telling lies is that people may eventually recollect those lies as if they actually happened, while still maintaining the accurate sequence of events in a less consciously accessible form in memory (Chrobak & Zaragoza 2008; Drivdahl et al. 2009; McCloskey & Zaragoza 1985).

An important question that must be addressed with regard to all of these instances of biased processing is whether they reﬂect self-deception or some other source of bias. Two manipulations have proven useful in addressing this issue: self-afﬁrmation (Sherman & Cohen 2006; Steele 1988) and cognitive load (e.g., Valdesolo & DeSteno 2008). When people are self-afﬁrmed, they are typically reminded of their important values (e.g., their artistic, humanist, or scientiﬁc orientation) or prior positive behaviors (e.g., their kindness to others). By reﬂecting on their important values or past positive behaviors, people are

reminded that they are moral and efﬁcacious individuals, thereby afﬁrming their self-worth. A cornerstone of selfafﬁrmation theory is the idea that speciﬁc attacks on one’s abilities or morals – such as failure on a test – do not need to be dealt with directly, but rather can be addressed at a more general level by restoring or reafﬁrming a global sense of self-worth (Steele 1988). Thus, self-afﬁrmation makes people less motivated to defend themselves against a speciﬁc attack, as their sense of self-worth is assured despite the threat posed by the attack.

5.1. Biased information search
5.1.1. Amount of searching. There are many situations in daily life in which people avoid further information search because they may encounter information that is incompatible with their goals or desires. For example, on the trivial end of the continuum, some people avoid checking alternative products after they have made a purchase that cannot be undone (Olson & Zanna 1979). On the more important end of the continuum, some people avoid AIDS testing out of concern that they might get a result that they do not want to hear, particularly if they
believe the disease is untreatable (Dawson et al. 2006; Lerman et al. 2002). This sort of self-deceptive information avoidance can be seen in the aphorism, “What I don’t know can’t hurt me.” Although a moment’s reﬂection reveals the fallacy of this statement, it is nonetheless psychologically compelling. Similar sorts of biased information search can be seen in laboratory studies. Perhaps the clearest examples can be found in research by Ditto and colleagues (e.g., Ditto & Lopez 1992; Ditto et al. 2003), in which people are confronted with the possibility that they might have a proclivity for a pancreatic disorder. In these studies people expose a test strip to their saliva and are then led to believe that color change is an indicator of either a positive or negative health prognosis. Ditto and Lopez (1992) found that when people are led to believe that color change is a good thing, they wait more than 60% longer for the test strip to change color than when they believe color change is a bad thing. Studies such as these suggest that information search can be biased in the amount of information gathered even when people are unsure what they will encounter next (see also Josephs et al. 1992). Thus, it appears that people sometimes do not tell themselves the whole truth if a partial truth appears likely to be preferable. We are aware of no experiments that have examined the effect of self-afﬁrmation or cognitive load on amount of information gathered, but we would predict that both manipulations would lead to an elimination or attenuation of the effect documented by Ditto and Lopez (1992).