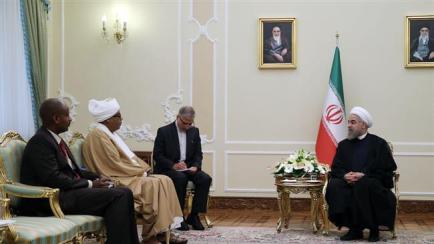 Iran’s President Hassan Rouhani has called for collective efforts among Islamic countries to deal with the problems gripping the Muslim world, saying the issues must be resolved through “non-military” solutions. “If there is a problem in the Muslim world, we should make efforts [for the issue] to be resolved through non-military means,” the Iranian chief executive said in a Tuesday meeting with Sudan’s new Ambassador to Tehran Adel Ibrahim Mustafa. Rouhani further said “the problems and challenges facing the Islamic world have to be resolved through the participation of Muslim countries,” adding, “We hope not to witness war and bloodshed in the region in the future.”