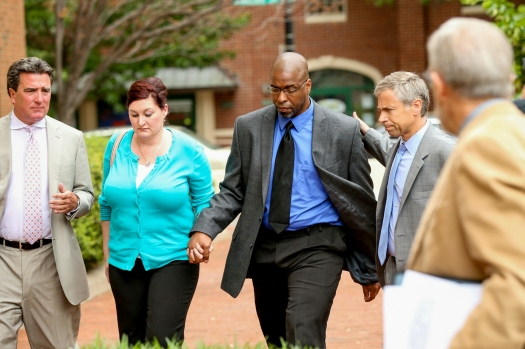 Former #CIA officer Jeffrey Sterling has been sentenced to three and a half years in prison over leaking classified information about Washington’s efforts to disrupt Iran’s nuclear program to a reporter.﻿

From 1337 until 1945 the various European powers were pretty much in a constant state of war.  During that time millions over many generations struggled and planned and supported the antiwar movement among them Emmanuel Kant in his famous essay “Perpetual Peace“.  On 9 May 1950 French statesman Robert Schuman proposed the European Coal and Steel Community It would place the French-German production of coal and steel under a common High Authority, within an organization open to the participation of the other European countries. The Schuman Plan led to the creation of the European Coal and Steel Community (ECSC), which is at the origin of the current European Union.  The EU has brought Europe not calm but cash too!

Since 9 May 1951 the European nations that had fought each other for so long have not fired so much as a spitball at each other.  They now attack each other with brutal memos and vicious committee meetings.

It’s one thing to pick on poor people. They don’t have lobbyists. It’s another thing to abuse the earth in the name of self-interest. Defenders of the planet are significantly outgunned compared to corporate interests.

But now, the billionaire Koch brothers have the attention of Pope Francis, who has put income inequality and climate change among his top priorities since assuming the papacy in March 2013.

While some Republicans are totally down with the parts of Catholicism that focus on abortion, sex, and LGBTs, the parts about spreading the wealth and tending to the creator’s water, air, and land send them into spasms of chin-stroking and head-scratching with occasional bouts of paranoid delusion.

Want to know what happens in your body when you switch from eating conventional food to organic? Watch this!

The study was conducted by the Swedish Environmental Research Institute IVL, and the full report is available here: https://www.coop.se/organiceffect

Steve Coll  is dean of the Columbia Journalism School and former managing editor of the Washington Post. He is a former president and CEO of New America Foundation, and has been a staff writer for The New Yorker.  He is author “Ghost Wars:The Secret History of the CIA, Afghanistan, and Bin Laden, from the Soviet Invasion to September ” He is interviewed by “Democracy Now”