Vladimir Putin has criticized Washington’s unilateral actions on the international arena, saying that whatever it touches seems to be turning into Libya or Iraq. Below are the top 10 quotes from the Russian President’s speech at the Seliger youth forum.

‘Anything US touches turns into Libya or Iraq’

Unilateral decisions made outside the United Nations are usually doomed to failure, Putin said Friday, while speaking at the “Seliger-2014” annual youth forum.

“When decisions are made unilaterally, they always turn out to be short lived. And the other way round: it’s difficult to reach consensus at the UN because often opposite opinions and positions collide. But that is the only way to achieve long-term decisions,” he said.

When a decision is balanced and supported by key members of the international community, Putin said, everyone starts working in order fulfill it perfectly.

Putin totally disagreed that the UN is inefficient. But the organization needs to be reformed and its instruments should be used efficiently.

The reform should become a result of a consensus reached by the overwhelming majority of the members of the organization, he said.

It is also necessary to preserve the fundamental grounds of the UN’s efficiency. In particular, only the Security Council should have the power to make decision on sanctions and the use of military force, Putin said. And these decisions must be obligatory for everyone. Such mechanisms should not be eroded. “Otherwise the UN will turn into the League of Nations,” the Russian President said.

The organization will lose its purpose if it is only an “instrument to serve foreign policy interests of only one country – in this case the US and its allies,” Putin. “Then it is not needed.”

‘Shelling in Ukraine reminiscent of WWII’

Putin compared the shelling of east Ukrainian towns and cities by Kiev army to actions by the Nazi forces during the World War Two.

“Sad as it might seem, this reminds me of the events of World War II, when the German Nazi troops surrounded our cities, like Leningrad, and directly shelled those cities and their residents,” Putin said.

“Why they (Kiev) call this a military-humanitarian operation?” he said, adding that the conflicting sides should get to a negotiating table.

‘If these are European values, I’m badly disappointed’

Ukrainians who did not support the coup mounted by “our western partners” with the backing of radical nationalists, are being suppressed by the military force, Putin said speaking about the situation in the neighboring state.

“We’re no fools. We saw symbolic cookies handed out on [by Victoria Nuland] Maidan, information support, political support. What that means? A full involvement of the US and European nations into the process of the power change: a violent unconstitutional power change.”

“And the part of the country that disagreed with that is being suppressed with the use of jets, artillery, multiple launch systems and tanks,” Putin said. “If these are today’s European values – I’m gravely disappointed.”

Putin said that Russia did not “annex” Crimea, as the peninsula’s reunion with Russia is often described by foreign media and politicians.

“We didn’t not annex it, we didn’t take it away. We gave people an opportunity to have their say and make a decision, which we took with respect. We protected them, I believe.”

“We had to protect our compatriots, who live there (in Crimea). When we look at events in Donbass, Lugansk, Odessa, it becomes clear to us what would have happened to Crimea if we had not taken measures to provide free expression of will to people.”

This is being done “not to threaten anyone, “but to feel secure,” he added.

‘Russia is not going to get involved in large-scale conflicts’

Russia will not get engaged in any large conflicts, but will defend itself in case of aggression, Putin warned.

“Russia is far from getting involved any large-scale conflicts. We don’t want that and we are not going to do it. And, naturally, we should always be ready to repel any aggression against Russia,” Putin said.

‘Better not to mess with Russia’

“Our partners – whatever condition their countries are in and whatever foreign policy concept they adhere to – should understand that it’s better not to mess with us,” Putin said. “Thank God, I believe it doesn’t occur to anyone to unleash a large-scale conflict with Russia.”

Russia admits that other states have their interests in the Arctic – the region that is thought to contain vast reserves of oil and gas.

Both Russia and Canada, who along with the US, Norway and Denmark constitute the five states with Polar claims, have made legal attempts to secure their rights to large swathes of the Arctic, which is thought to contain 15 percent of the oil reserves and 30 percent of all natural gas in the world.

“We will take the interests of these states into consideration and seek acceptable compromises,” Putin said, adding that Russia would “naturally” also defend its own interests.

The five Arctic states – Canada, Denmark, Norway, the Russia and the US – have for several years now been in a bitter dispute over how to divide up this resource-rich ‘pie’.

‘Crimea recognition will be long and tedious’

It will take a long while for Crimea to be internationally recognizes as part of Russia, Putin believes.

He said he finds it “strange” and referred to an example with the recognition of Kosovo independence where a political will and desire were enough to make such a decision “easily.”

He also recalled that in case with Kosovo, no referendum was held: the decision on independence was made by the parliament of the Serbian breakaway republic. In the situation with Crimea, there was both a decision by the parliament and a referendum. In Putin’s view, the latter was a more democratic way for a nation’s self-determination. 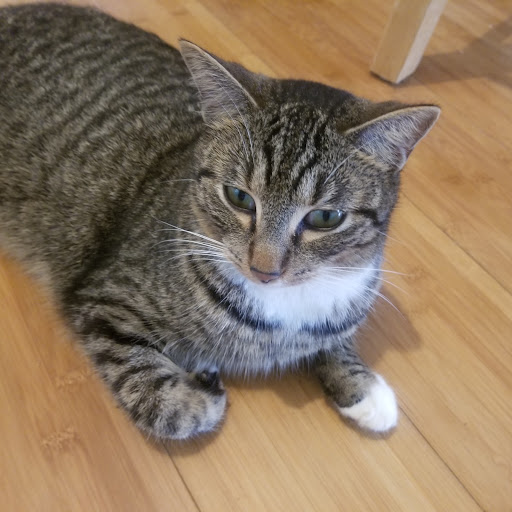 The U.S. and the U.K. are masters at destabilizing nations. Let’s face it, if your job is to sell arms it’s hard to do so if every one gets along. With the U.S. record of invading other country, who the heck are they to tell any other nation it is wrong to invade. U.S. tactic is laughable.

. Why are they so destructive?

There is an interesting theory about this question. The USA are not the only destructive and extremely aggressive country – there is also Israel. Both are living on stolen land. Living on stolen land makes people feel insecure. I don’t know, if this is right, but it sounds logical.

Why are they so destructive?

13th tribe in charge & they seem to follow Dulles Doctrine, as well Wolfowitz Doctrine. Some think sparking a thermonuclear war with Russia will get them a place in Heaven, Psychopaths must be put to sleep!